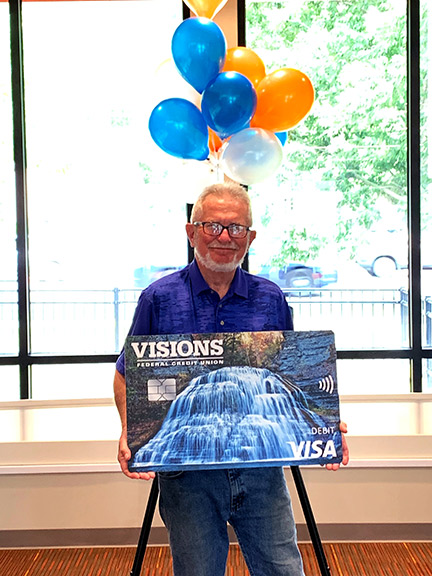 Recently, Visions opened its first Tompkins County branch, located at 408 Elmira Rd in Ithaca. As part of the celebration, they hosted a photo contest designed to involve artists in the community and celebrate Ithaca’s culture. Between December 2020 and January 2021, Visions invited locals to submit photographs taken in Tompkins County, and the winner was selected through a social media competition.

Pompilio’s photo showcases one of Ithaca’s scenic waterfalls and is now available to Visions’ members as a debit card design option. Visions also awarded Pompilio with a $250 check and a $250 donation to the nonprofit of his choice in Tompkins County. His donation went to the Cancer Resource Center of the Finger Lakes.