Women in Tech: A Focus on Innovation and Mentorship 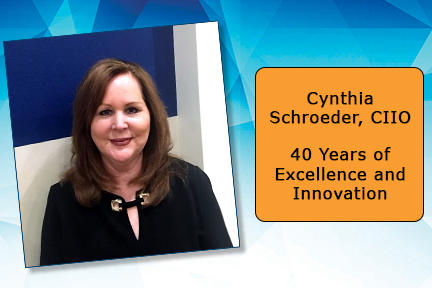 Forty years ago, while still in high school, Cynthia Schroeder began her career in the credit union industry as a teller. Today, she serves as chief information and innovation officer at Endwell, N.Y.-based Visions Federal Credit Union.

While she has experienced many exciting changes throughout her career, Schroeder said there has been a "major shift in the structure and roles in technologies" over the past five years.

"Security has been at the heart of this shift. The structure where multiple roles are played throughout the department has been the biggest shift," she said. "Segregation of duties due to security concerns has greatly changed the required structure in the technology area."

After high school graduation, Schroeder continued to work at the same credit union and advanced quickly into a data-processing role. She was promoted to a management position and soon after became an executive manager. She would later earn a bachelor’s degree in Business Management and Systems Analysis from Miami University and a MBA in Business Management from the University of Phoenix.

"I maintained responsibility for the technology area throughout my entire career, but was able to work in and learn many other areas, such as operations, branch, lending, accounting, collection, fraud, security, finance, human resources and marketing," she noted.

The $4 billion-asset credit union supports 189,000 members, 47 branches and 565 employees. The CU’s technology department is comprised of 29 employees, including managers, ranging in age from 28 years old to 57 years old.

Common to financial services tech departments, the male-to-female ratio is not balanced. To this end, only seven of the 29 employees are women, said Schroeder. Three of the women, however, are managers.

When asked the gender demographic breakdown, she said five men are baby boomers, seven are Gen X-ers and10 are millennials. The balance of women tech employees equate to six baby boomers and one member of Gen X. 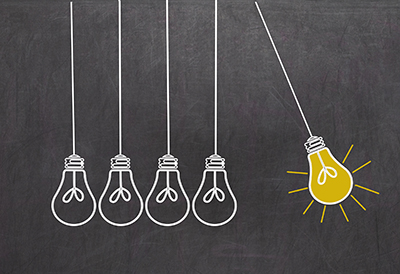 Aside from Visions FCU, Schroeder has worked at other credit unions, including the Fairborn, Ohio-based Wright-Patt Credit Union, where she served as VP of technology and support services.

"I have had the opportunity to build and reinvent the technology areas at four different credit unions," she said. "This includes core conversions, bringing in new technologies, products, services, controls, talent, and creating some innovative new technologies."

Schroeder explained that additional innovative tech initiatives included defining methodologies for project and portfolio management, developing infrastructure to support data and predictive analytics, as well as "developing talent" to deliver technologies that "exceeds the expectations of our members and employees."

Early in her career, Schroeder said she gained valuable skills and experiences from numerous mentors, including senior management. It was those successful leaders who inspired her to work harder and to "strongly believe" in the credit union ethos of people helping people. She continues to pay those experiences forward.

"I have had the opportunity to mentor and coach hundreds of individuals over the years, all with the values and skills I learned early in my career, and gained through continued education, experience and networking interactions with peers throughout the industry," she said.

As Schroeder looks forward, she anticipates more change in the technology field – and at a pace perhaps never seen before.

"The technology landscape is changing so rapidly, as are the technology uncertainties and disrupters," she said. "These include fintech companies, voice authentication, artificial intelligence and data and predictive analytics."