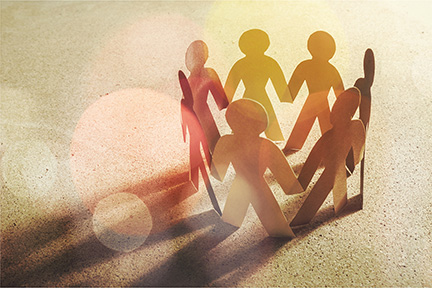 BINGHAMTON, N.Y. - Local Rotarians from clubs across Greater Binghamton broke bread together last week as they discussed ways to support and benefit our community.

The Binghamton Noon Club hosted an InterCity lunch meeting at the Holiday Inn.

District Governor Jeff Smith says the organization has adopted a focus on regional collaborations between Rotary and businesses, government, academia and other service groups to tackle pressing issues in our area.

Smith says the meeting is an opportunity to network and discuss common goals.

The district also welcomed Visions Federal Credit Union President and CEO Ty Muse, named him a Paul Harris Fellow and made a $1,000 donation in his name to the Rotary Foundation.

Muse was recognized for Visions' many charitable and sponsorship efforts in our community.

He spoke about the credit union's significant growth in recent years.

Muse says once the renovation of Visions headquarters on Country Club Road in Endwell is complete, the organization will look to hire another 100 employees over the next 5 to 10 years.

Rotary District 7170 spans 7 counties in the Southern Tier and is made up of 44 clubs with a total of over 1,300 members.

Smith says that in addition to the collaborative projects, each club conducts its own charitable efforts along with supporting Rotary's international goals of eradicating polio worldwide and promoting clean water.