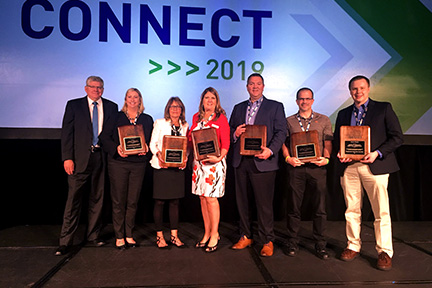 Visions joined a group of six other credit unions in hosting annual financial reality fairs for local high schools in the Reading market. These fairs provide opportunities for local high school students to engage in a hands-on approach to budgeting after graduation. Participating students researched a career and learned how to manage their cost of living expenses based on their estimated salary.

In addition to this state-level award, Visions has also been chosen to represent Pennsylvania in the National Dora Maxwell Contest to be held in the fall of 2019.

About the Pennsylvania Credit Union Association
The Pennsylvania Credit Union Association is a nonprofit trade organization that provides services and representation to credit unions throughout the Commonwealth. Since their inception in 1934, they have played an evolutionary role in the credit union movement through successful advocacy efforts, collaboration among other state and national trade associations, expertise in regulatory compliance, professional development programs, and world-class service offerings.