Our in-store Allentown and Bethlehem, PA offices will be operating with limited hours, 10 AM - 3 PM, Monday-Friday, until further notice. Saturday hours from 9 AM - 12 PM remain unaffected. We apologize for the inconvenience. Please find your nearest office at visionsfcu.org/locations. 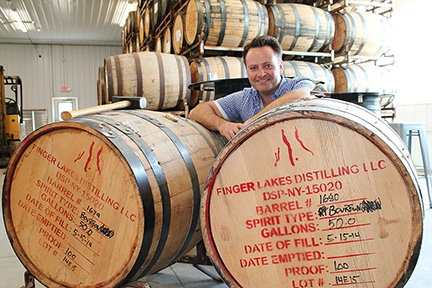 Endwell, NY – We are all looking for positivity in these turbulent times, and that is something that Visions Federal Credit Union is trying to spread with its new Heart of a Hero spotlight.

“It’s no secret that people are going through tough times,” remarks Tim Strong, Community Development Manager. “Amidst that, though, people are really stepping up and doing their part to help those in our communities. Whether it’s free meals or donating supplies, all of these are bright spots. We want to shine a light on their good work.”

For Visions, that means sharing these stories with its 210,000-plus members.

“It just makes sense,” says Strong. “Even when businesses are struggling, a lot of them are giving back. Shining a light on what they do not only brings positivity, but it could bring them the additional business they need to stay open. And, hopefully, it’ll inspire others to give however they can.”

Visions’ first Heart of a Hero spotlight was Finger Lakes Distilling, LLC in Watkins Glen, NY, which happens to be one of their business partners. As a distillery, they have the unique capability to manufacture ethanol and are using those skills to produce hand sanitizer in bulk quantities.

While they hope to sell the product at some point, they are currently making donations to local hospitals, including Guthrie, Arnot, Schuyler, and Tompkins, and even local law enforcement.

“We just want to do our part to help out right now,” says Brian McKenzie, Finger Lakes Distilling’s President and Owner. “We have the manufacturing capabilities already, so it was a no brainer. We even dropped off some sanitizer to Visions’ Watkins Glen branch yesterday.” 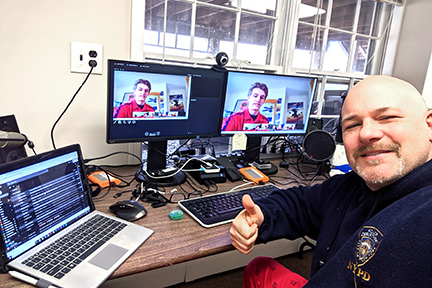 In the second week of its spotlight, Visions shared the story of Justin Nadal, an educator at Northern Highlands Regional High School in Allendale, New Jersey. He runs the local high school news channel, NHTV, and even though the students are remote-learning, he’s still taking the time to put together the show for students.

“We’re really trying to keep the sense of normalcy going for the students,” he said, “even though there’s nothing normal about it.”

While Mr. Nadal received $500 for being featured, he chose to take that money and pay it forward to families in need.

Visions will be featuring a new Heart of a Hero recipient each week on their social media channels, which include Facebook, Instagram, and Twitter, in addition to creating a webpage to house them at visionsfcu.org/heart-of-a-hero. With branches across New Jersey, New York, and Pennsylvania, they look forward to spreading positivity to everyone.