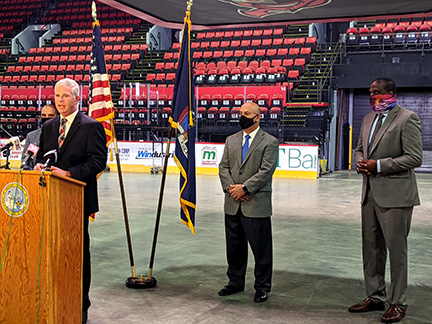 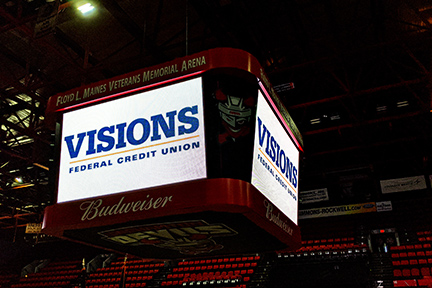 Binghamton, NY – Major changes are in store for the former Floyd L. Maines Veterans Memorial Arena and Broome County Forum in downtown Binghamton. Following a meeting of the Broome County Legislature on August 13, Visions Federal Credit Union has secured naming rights to the Arena, provided ongoing sponsorship to the Forum, and partnered with Mirabito Energy Products to have the latter sponsor the box offices.

“Broome County has been our home since the beginning,” said Ty Muse, Visions’ President/CEO. “Partnering with the County and Mirabito furthers our investment in the community, and it’s even better knowing that we’ll have a part in drawing more people to the area. Whether they’re here for LUMA, hockey, or even a concert, they can experience all the great things that the Binghamton area has going for it.”

Mirabito is excited for its part, too. “We look forward to partnering with Visions on this exciting new project,” said Joe Mirabito, CEO, Mirabito Energy Products. “By working together, we will be able to better support the Arena and its efforts to enhance the quality of life in our community.”

Under the deal, which commences on January 1, 2021 and runs for 10 years, the Arena will be known as the Visions Federal Credit Union Veterans Memorial Arena.