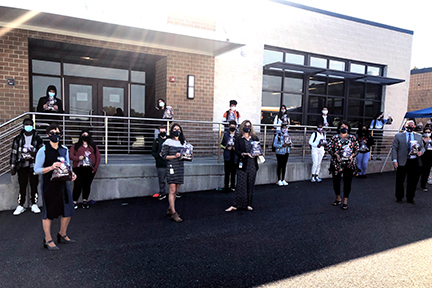 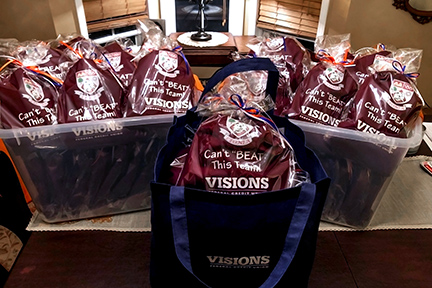 The donation of the aprons was for the school’s on-site culinary class where students have the opportunity to learn about the culinary and hospitality industry while sharpening their skills and knowledge about the field as a potential post-high school venture.

“With the addition of our state of the art culinary lab two years ago, we have seen a tremendous growth in the program,” said Principal Charles Kalender of Leonia High School. “I’m proud to say we have students accepted to and enrolled in some of the top culinary and hospitality programs in the country. A donation such as this means a great deal to Leonia High School, our teachers, and our students. These beautiful aprons will help to create an even more professional atmosphere in our culinary lab. As always, we thank the Visions team for their partnership, generosity, and support of Leonia High School.”

Kindness Projects are a way for Visions to give back and say thank you to the communities they are part of. Visions is committed to making a difference and putting a smile on the faces of those within their community.

“This presentation was well received by not only the students, but also the educators. Everyone loved the custom and individually wrapped aprons. Donations like this mean a lot to Visions because we know we are helping improve a student’s educational experience,” said Shari Leone, Community Development Liaison at Visions Federal Credit Union.