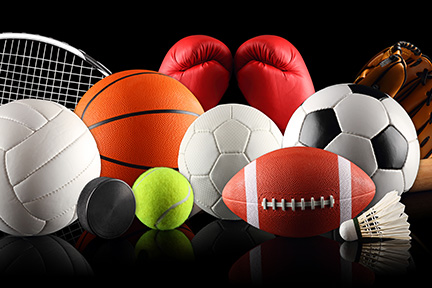 This most-recent support from Visions will help renovate the Student-Athlete Success Center, a valuable academic resource for student-athletes. Representatives from the University and Visions confirmed the agreement at a gift-signing ceremony Tuesday, Feb. 19, in the Koffman Lobby of the Events Center at Binghamton University.

“This generous gift from Visions Federal Credit Union will be transformational for our department and, most important, our student-athletes,” said Binghamton Director of Athletics Patrick Elliott. “It will allow us to make dramatic improvements to our Student-Athlete Success Center, and in doing so it will foster an enhanced environment of academic excellence that is befitting of this great University.”

This is not the first time Visions Federal Credit Union and Binghamton University have worked together as community partners, noted University President Harvey Stenger.

“Visions has been a great friend to Binghamton University with its continued commitment to athletics and previous support to establish the financial wellness area in the Fleishman Center for Career and Professional Development on campus and Visions Think Tank at the Koffman Southern Tier Incubator in downtown Binghamton,” Stenger said. “We deeply appreciate Visions’ dedication to strengthening the University and elevating the student experience at Binghamton.”

The Student-Athlete Success Center, located in Binghamton University’s West Gym, offers a variety of helpful resources including computer labs, tutoring, advising and programming to help student-athletes stay organized, balance the demands of their sport and academics, and position themselves for success at Binghamton and beyond.

“As a former college athlete, I can relate to the benefits of having a place to keep academics at the forefront,” Visions President and CEO Ty Muse said. “Whether it’s collaborating on projects, catching up on assignments or learning from mentors, this dedicated resource will enhance support for the student-athletes and make them stronger performers inside — and outside — of the classroom.”

“Our student-athletes have a pronounced record of academic achievement,” Elliott said. “I know they will be excited to witness the renovations and the firm commitment we have to their collective pursuit of excellence. We are incredibly thankful for the generosity of Ty Muse and his team at Visions.”

Visions Federal Credit Union also has a full-service branch in the University Union and four ATMs at convenient locations on the Binghamton University campus.