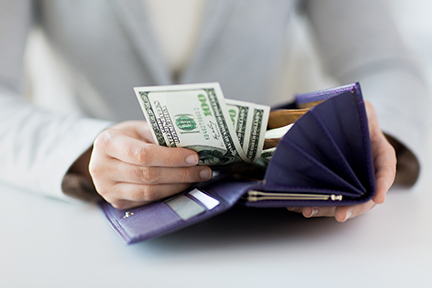 Ford, a senior at BOCES' Evertech Academy, is one of the four student interns who work as bank tellers at Visions Federal Credit Union's new branch office on Broome-Tioga BOCES' main campus on Glenwood Road in Binghamton.

Like his fellow employees, Ford applied for the position. He trained over the summer,  beginning the job two weeks into the school year.

"I knew absolutely nothing about banking, so I had to learn a bunch of different code," Ford said.

Ford's position earns him both class credit and a paycheck. Gaining hands-on experience, Ford works with customers and estimates that he meets four or five new people each day.

With clear glass walls and a bright blue carpet, the branch is near BOCES' entrance, where an indoor garden was previously located. It's big enough for two desks, where a student and a branch manager are stationed.

It opened in September after about a year of planning and construction.

While serving on the board of the Greater Binghamton Education Outreach Program with the Greater Binghamton Chamber of Commerce, BOCES Assistant Superintendent James Mullins spoke with Visions' Business Development Manager Timothy Strong. Both determined that BOCES would be the perfect spot for a new Visions branch.

"(They thought) it would be great to expand to BOCES, because it's a big entity, obviously, within our community," Mullins said. "And we have a group of students who are always looking for work experience and work placements, and to increase job skills."

Mullins estimates that about 1,500 students enter and exit the campus throughout the day, not counting staff of between 300 to 400.

The BOCES branch marks Visions' 50th branch and is open Wednesday through Friday from 11 a.m. to 1 p.m.

In addition to earning class credit, students earn a paycheck for their work at Visions. If the students work the entire year and choose to attend 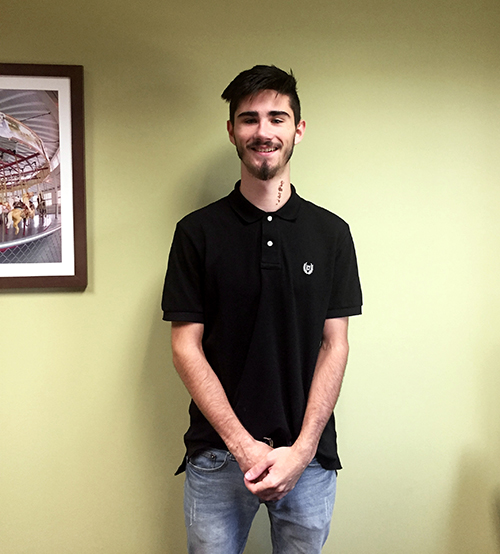 college, they will be eligible for a $250 scholarship for each year worked at the branch.

After graduating, students will be eligible to apply to work at Visions full time or just in the summers.

"They are paid employees of Visions, and we are very proud of that," Mullins said.

Like any job, students applied by submitting a job application and enduring an interview process. During the summer, students took a training class and were mentored by a Visions employee at a local branch.

"It was a lot to learn, but it was a very good experience," Ford said.

Ford worked at the JC Pavilion branch on Pavilion Road in Johnson City, and began working at the BOCES branch two weeks after school began.

"The mentor stage was actually really comfortable, because then I know I'm not messing up, and I have somebody watching over my shoulder and everything," Ford said. "And the whole experience was actually a very good learning experience."

"It's a really in-depth course," she said.

By the end of the course, students will have generated an electronic portfolio containing a résumé, examples of their work and other materials for future employers.

"We did this because of financial literacy," Mullins said. "We found that our high school kids who go off to college, they don't know a lot about that. So with the programs within the school and with Visions' assistance, it's a win-win for everyone."

"The benefit is when they apply for college they put that on their resume, that they've worked at a financial institution," said Visions Branch Manager Jim Dobrzynski. "Because we find that a lot of our interns, they're looking to go into a business field in college, so this is a win-win."

And in October, a new branch will open in Vestal Central School District.

Aside from providing hands-on skills, the branch has practical benefits as well.

"A lot of our students who work now can deposit their paychecks at school, so it's very convenient for them," Messina said. "The other day I forgot my lunch and I didn't have any money, and I could come and get money out of my account."

Ford hopes to score a job with Visions over the summer before entering college to become an electrician.

"I want to actually have this background, and I want to continue this further in my life than I am right now," he said.