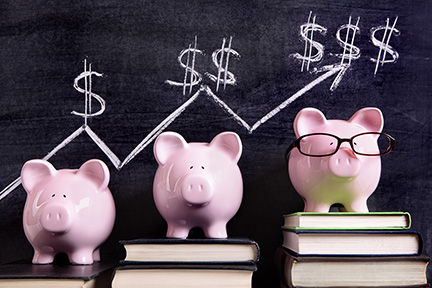 READING, PA — On a recent Wednesday morning, 18-year-old Idalmi Rivera of Reading joined about half a dozen other people at a free financial literacy class at WCR Center for the Arts in Reading.

The class, one in a series organized by South of Penn Task Force and presented by Visions Federal Credit Union, covered topics such as credit scores, credit reports, identity theft and buying a car.

"I definitely have a lack of knowledge when it comes to financial literacy and credit scores and everything that goes into budgeting," Rivera said. "Normally, I ask my family members and friends, but it's better to get the information straight from a professional, so I thought I'd take advantage of this workshop."

Rivera, who is a student at Kutztown University, doesn't necessarily have any financial difficulties or debt; she just thought the class would be helpful. However, she said, she knows of many people her age who don't always make good decisions when it comes to finances.

"Some people don't get the best information from friends, so I know there are people who probably struggle financially," she said. "I'm in college now, and there's definitely people in college who spend money on things that aren't college-related, and it's nice to know how to budget for college expenses."

But outside of schools, the options for financial literacy education are limited. Classes like the one Rivera attended are helping to provide much needed financial education in the community.

More broadly speaking, to be financially literate means someone has the knowledge and the confidence to apply financial skills and make informed decisions that are the best financial decisions for themselves, said Hallie Davis, a researcher at the Global Financial Literacy Excellence Center at the George Washington University School of Business.

"It is not about following certain guidelines for financial success but having the knowledge, or knowing where to get the right information, to make decisions that are best suited for you and your financial goals," Davis said.

Two professors from the University of Pennsylvania's Wharton School developed a series of questions known as the "big three" and "big five" that indicate a person's financial literacy. They have been used worldwide, including in the National Financial Capability Study, which found that only 13% of 18- to 24 year-olds and 18% of 25- to 29-year-olds could answer the "big three" questions correctly.

Davis said financially literacy is important, in part, because the economy has become more complex and has shifted the financial responsibility onto the individual. In particular, she said, the increasing amounts of debt recent college graduates are saddled with makes it important for young people to be financially literate.

"Some examples include the shift from defined-benefit to defined-contribution plans and increasing life spans means individuals need to save more for longer retirements," she said. "There are also larger issues at play with growing inequality, wage stagnation, and the increasing cost of education. These issues require a host of solutions and financial literacy is a critical piece of the overall solution to help individuals achieve financial well-being." 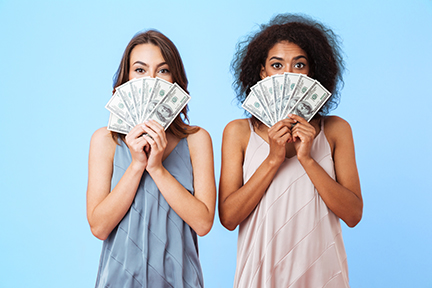 The class at WCR Center for the Arts was mainly for residents of Reading's South of Penn community, but was open to pretty much anyone who is interested, said Tony Veloz, the South of Penn Task Force's coordinator,

"We've realized that a lot of times people don't have as much knowledge and education when it comes to financial literacy as they could have, basically how to manage finances," he said. "That's something that should really start in high school but because they didn't have those resources, that's where we step in to offer that."

"These are life skills that people should have," he said. "You can't really operate as contributing member in your community if your personal life isn't in order. "

The class was one of several classes that the task forces partners with New York-based Visions Federal Credit Union to present. Josie Hill, the class' instructor, said she believes most people know right from wrong when it comes to finances, but they don't always make the best choices or they don't have all the information they need to make the right choice.

"When we talk about budgeting or saving, people think you have to sacrifice your whole life and not enjoy the little things, so that's why it's important they know what to do and how they can do extra things," said Hill, who is the community education coordinator for Visions Federal Credit Union's Muhlenberg Township branch. "I want to help them make the right choices, and I think people are prepared and sometimes choose not to make the right choices."

Hill previously worked at an auto dealer and saw first-hand how making bad financial decisions can adversely affect someone's credit and thus their ability to do something important like purchase a car.

"I've seen it all," she said. "I came from nothing; I used to have welfare, so for me it was very important to build each other up and be prepared for the ups and downs that you have in life, and I'm trying to use my personal life to inspire other people."

A class for teens

The class at WCR Center for the Arts isn't the only financial literacy class going on. Another one will begin July 12 at The Village in Reading, a lounge for teenagers at 237 N. Third St.

The five-week class will be held every Thursday from July 12 to Aug. 16 from 7:30 to 9 p.m. On Aug. 23 there will be a graduation ceremony for those who complete the series with a certificate of completion.

"We gear the content to make sure that the younger teenagers can absorb the information," Epps said. "We're not talking to them at the same level that we would be speaking to the adults. We make it relatable, and we also incorporate real-life stories and situations from our own background to help the children understand these are real-life instances."

Since financial decisions can have a major impact on one's life, Epps believes there should be more financial education for younger people. There's been some momentum in recent years, and some schools seem to be offering more, but more is still needed, she said.

"For the younger children, we want to teach them as young as we can about financial literacy," she said. "Even into adulthood because there's things as adults that we might not even realize until we get to the position of needing a loan or a mortgage, and we don't know what goes along with that."

Professor Annamaria Lusardi and Professor Olivia Mitchell of the University of Pennsylvania's Wharton School developed a series of questions known as the "big three" and "big five" that indicate one's financial literacy. They have been used worldwide, including in the U.S. National Financial Capability Study and have made the questions available as an online interactive quiz.