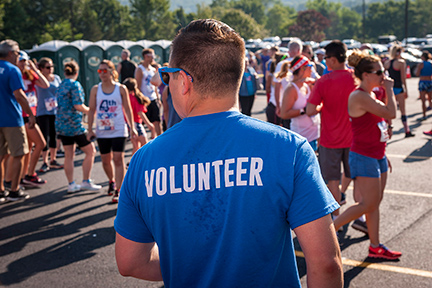 Tim Strong, Community Development Manager, was designated the 2020 Distinguished Chamber Volunteer of the Year for his community involvement and volunteerism. Strong’s involvement with the Chamber dates back to 2011 when he went through their Broome Leadership Institute program. He also served on the Board of Directors of the Greater Binghamton Education Outreach Program for many years and was a founding member and Chair of the Young Professional’s Alliance. The alliance was largely responsible for the creation of the annual Young Professional’s Summit held in downtown Binghamton, NY.

“I think the act of volunteering is incredibly important,” said Strong. “It’s not only good for the community, but it’s good for the volunteer. The importance of the Chamber has never been greater and neither has the need for passionate people getting involved.”

Strong was not the only Visions representative honored at the event. Ty Muse, Visions’ President/CEO, was also elected as Chairman of the Board of Directors. “The Binghamton Chamber unites businesses and individuals across our area,” said Muse. “I’m proud to lend my support to the great work they do in our community. Together, we can make sure the Binghamton region remains strong now and in the years to come.”