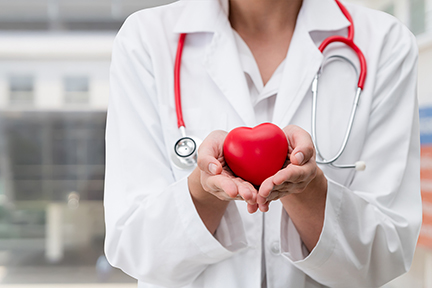 ANDOVER TOWNSHIP, NJ - Over 200 attendees at “Heart and Soul - A Community Celebration” at Perona Farms on Wednesday took part in recognizing and celebrating the lifesaving efforts of the area’s first responders, while raising funds for the Newton Medical Center Foundation’s AED Program.

According to statistics from the foundation, the fundraising campaigns to provide automated external defibrillators, or AEDs, within the community have assisted in saving 63 lives since the program’s 2001 inception. Since that year, the foundation has additionally invested more than $1 million into the program, with over 800 AEDs distributed community-wide at significantly-reduced costs, and more than 5,000 individuals trained on the units.

Megan Sandow, the Foundation’s Chief Development Officer, said since the Heart and Soul event was conceptualized in 2014, over $300,000 has been raised for the AED program.

As part of the evening’s lineup, first responders were recognized during the dinner celebration for their part in saving lives throughout the region.
“Thank you for everything you do,” said Bob Adams, president of Atlantic Health’s Western Region. “You’re on the front lines, bringing people to our hospital.”

Award recipients also received special recognition for their heroic efforts within the community. One was Sussex County EMT Coordinator Edna Deacon, who was given the “Scott Danielson Heart of Saving Lives Award” for her 43 years of commitment to training EMTs.
Visions Federal Credit Union’s “Visions Team Award” was awarded to a Skylands Ride bus driver, members of Newton’s Emergency Department, and respiratory therapists, who helped save a patient’s life on Jan. 21. It started with the bus driver who recognized that one of her passengers, who insisted she drop him off to work, did not appear to feel well. She instead took him to the Emergency Department. After he was placed onto a stretcher, he cardiac arrested and the medical team successfully stabilized him. Following his ordeal, the patient is now on the road to recovery after undergoing a cardiac angioplasty at Atlantic Health System’s Morristown Medical Center.

During the evening, Dr. Paul Owens, Chief Medical Officer for Atlantic Health’s Western Region, announced the STEMI program that will be launched in the near future at Newton Medical Center. STEMI, which stands for ST-Elevation Myocardial Infarction, provides specialized care for those experiencing a heart attack.

With the program, Owens said, critical time will be saved for those who would normally require a transport to Morristown Medical Center for particular heart surgeries.