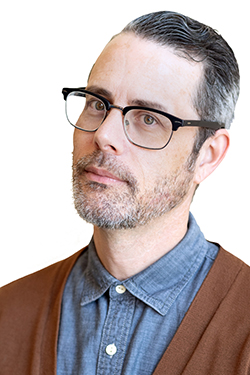 Ithaca, NY — Visions Federal Credit Union is pleased to announce it has hired Stephen Kimball as its Business Development Officer for Ithaca, NY and the surrounding region.

Stephen comes to this position with a strong history of business and community connections, having spent nearly 25 years working and raising a family in Ithaca and Tompkins County.

His background includes employment in both the for-profit and not-for-profit sectors, with an emphasis on creating strategic business growth for companies and organizations. His notable positions include work at Tompkins County Area Development (now IAED), The State Theatre, Vizella Media, Tetra Tech Architects & Engineers, and Finger Lakes Wine Country. He also currently serves as the vice president of the board of directors of the Hangar Theatre.

Outside of work, Stephen is the father of two teenagers, collects vinyl, and enjoys being outside and enjoying the area’s beauty.

“I am thrilled with the opportunity to join Visions’ mission driven team,” says Kimball. “Visions believes in people, not profits, and I’m excited about being a part of the positive impacts we can have on the community.”