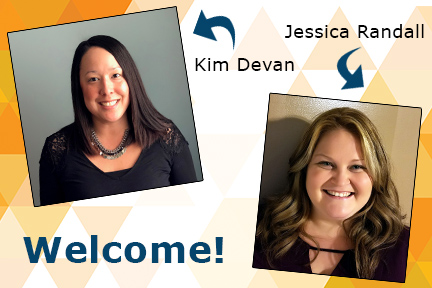 Kimberly Devan has been serving Visions members throughout New York for 11 years and brings over 16 years of banking experience to the Cicero branch. An Ambassador for the Greater Cicero Chamber of Commerce, Kimberly is committed to helping her members to better understand their financial portfolios.

Jessica Randall, brings 15 years of banking experience to the Syracuse branch as Branch Manager. With deep ties to Central New York and the Syracuse communities, Jessica is passionate about helping members of the community achieve their financial goals. She is also a CenterState CEO Ambassador.

Visions Federal Credit Union is a nonprofit financial institution completely owned by its members. Celebrating its 50th anniversary in 2016, Visions serves more than 190,000 members with 47 offices in communities throughout New Jersey, New York, and Pennsylvania. Services include banking as well as auto, home, personal, and business loans.