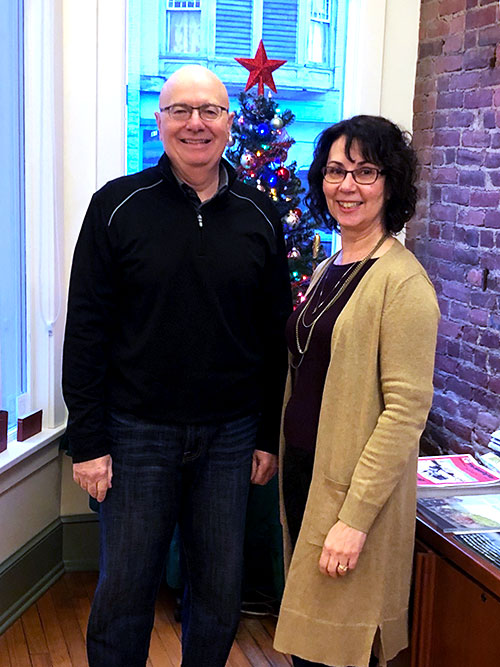 Tioga County, NY – The Tioga County Chamber of Commerce recently acknowledged Edward Butler for his years of service on its board of directors.

Butler, the Executive Vice President and Chief Operating Officer for Visions Federal Credit Union, had served on the board since 2007, having been the Treasurer on the Executive Board from 2008 to 2019.

Board members gathered for the acknowledgment, thanking him for his service. According to Gwen G. Kania, the Chamber’s President and CEO, Butler was instrumental in helping the Chamber reach its goals.

“Ed worked with us for years, both with me and our former President, Martha Sauerbrey, and helped us to be fiscally stable,” said Kania. “Ed was wonderful to work with and had a great understanding of how the Tioga Chamber ran.”

“It was my pleasure to serve on the board for the Tioga Chamber,” said Butler. “Their team makes such a great difference in the lives of those in Tioga County, and it’s been a privilege to help advance their mission.”

About the Tioga County Chamber of Commerce
The Tioga Chamber of Commerce plays an important role in its community. They are a not-for-profit organization consisting of individuals, professionals, and businesses, both small and large. They have a common goal: to create a climate in which business will grow and prosper.
Chamber projects include numerous networking opportunities during the year, business counseling and referrals, signature member-centric events, seminars and workshops, a business directory, weekly e-blasts, newsletter, tourism promotion, and welcome packages. They also offer On-The-Job Training funds through a grant with the NYS Department of Labor.

The Tioga Chamber is involved in many aspects of civic life and is a catalyst working with the community to promote business and quality of life. Learn more at tiogachamber.com.