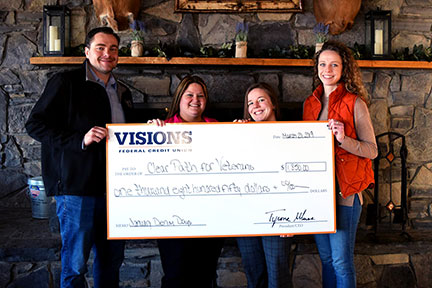 The donated funds came from Visions’ employee-led Denim Days program. Each week, Visions employees may elect to donate $5 from their paychecks to a rotating suite of charities in exchange for the opportunity to wear jeans on Fridays. Clear Path for Veterans was one of three charities chosen as a recipient for the month of March.

“I think it’s great that something as simple as wearing jeans on Fridays can make such an impact,” said Jessica Randall. “It feels good to help an organization like Clear Path for Veterans that does so much for our veteran communities.”