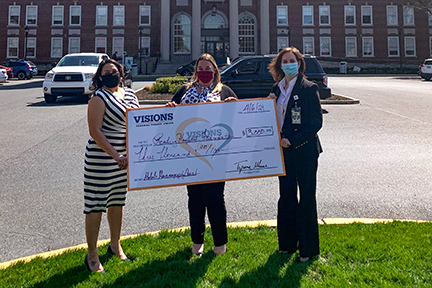 “If the last year has taught us anything, it’s that people need healthcare,” said Lizette Epps, Visions’ Director of Impact and Engagement, who was on site to present the donation. “This donation will help the Reading Hospital Foundation help others and we’re proud to play our part in that.”