Are 10 Weeks of Partially Paid Leave Needed to Grieve? 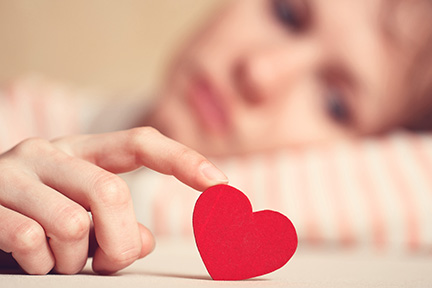 A bill sitting on Gov. Andrew Cuomo's desk is making many businesses in New York nervous.

Passed by the Senate and the Assembly, the bill would allow workers in the state to take up to 10 weeks paid leave beginning in 2020 for bereavement over the death of a loved one. Employees could collect about two-thirds of their pay during the leave.

But employers — especially small businesses — who have had to deal with the existing family leave law for birth of a child, adoption or an ill relative are expressing concern about broadening the leave to those who are bereaved.

"I have experienced the pain of losing a child," Funke said in a statement. "The grief can be unpredictable and overwhelming. No employee should have to fear losing their job in order to take the time they need to mourn."

If signed by Cuomo, employees would be permitted to take paid time off from work after the death of a family member. This is an addition to the existing Paid Family Leave (PFL) law enacted in 2016.

Currently, employees can take eight weeks of leave with job protection for the birth or adoption of a child or to care for an ill family member. These employees receive a benefit up to 50 percent of the state's average weekly wage ($1,306) per week. This percentage is set to increase each year until 2021, when employees would be eligible for 12 weeks of leave at 67 percent of the state's average weekly pay.

Under the new law, employees would be able to not only take leave for the reasons above, but also for the death of a family member. The bereavement portion, if signed, would not take effect until January 2020, when the PFL benefit will stand at 10 weeks of leave.

Last Tuesday, the legislation sent a shiver through the room of business people at a nearly full seminar of the Greater Binghamton Chamber of Commerce in downtown Binghamton.

Some companies or departments within companies are already struggling with the existing law, and to expand to bereavement would be another challenge employers would have to face if it passes, said Brian Keller, benefits manager of United Health Services, the region's largest health care provider.

Keller said that in one UHS department of seven employees, three have used PFL. "One gentleman is out for eight weeks bonding with his newborn. Good for him, bad for me," Keller said.

While Keller added that he completely understands the need for bonding time, the duties of the employee on leave must be delegated to others, which for small companies can be difficult.

"Since PFL is such a brand new benefit, it is tough to see how it will play out," said Ron Vetrino, sales executive at Renaissance Life and Health Insurance Co. Vetrino, who also is president of the Southern Tier Association for Human Resources, added that while it may be difficult for some businesses, he has not seen any small businesses shut down yet because of the leave plan. 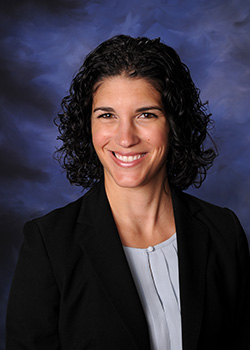 Jenna Rosenberg, assistant vice president at Visions Federal Credit Union, said that while the financial company has more than 500 employees, some branches operate with only five, and if one employee goes out on PFL, some shifting of employees to cover will be necessary.

PFL can be used intermittently for the 12 months following the birth or adoption of the child. The eight weeks do not have to be used all at once, and they do not need to be taken in one-week increments. Some employers see the spreading out of leave a challenge.

"It is hard to reassign in a day," Rosenberg said. "Some employees opt to take one or two days per week off, because their child care options may be different."

Keller said because of intermittent leave under PFL, the health care nonprofit has been posting temporary positions to ensure coverage.

"Sometimes it's easier to manage if the employee sets a schedule," Keller said. "For example, taking Monday, Wednesday, Friday off for bonding, and securing child care for Tuesday and Thursday."

Some employees mix bonding time and their company paid time off to "stretch" time away from the workplace. "It is up to the manager," Keller said. "You don't have to approve the PTO."

Rosenberg said four or five male employees opted to take the time off allowed under the law. Keller said that at UHS, the men that have used the time were mostly salaried employees rather than hourly employees.

"Salaried employees may have more of a financial ability to cover the loss of wages," he said.

The Business Council of New York State Inc. has joined more than a dozen other employer groups calling for a veto of the law expanding leave to bereavement.

Kamala A. Keeley, president and CEO of the Chemung County Chamber of Commerce, said PFL has had a major impact in the area.

"The main issue for Chemung County businesses is temporary hiring or working with less employees while an individual is out on the leave," Keeley said.

Keeley said most employers are still trying to gauge how PFL is affecting their current work environment and how it will continue to impact them moving forward.

"Philosophically, I agree with it," Rosenberg said. "But with the limited information we have about it thus far, we see it may cause some issues. We do understand loss, and we do want employees to come back happy and ready to work."

Employers at the chamber seminar also wondered whether the leave would apply for the death of an aunt, uncle or grandparent — or to immediate family only.

The main concern is that the bill, although certainly well-meaning, would — as drafted —authorize virtually unlimited leave for bereavement, said Keeley, of the Chemung chamber.

In part, the letter reads:

Keeley said this fluid policy with a seeming lack of reasonable restrictions could be difficult for businesses to comply with. Bereavement leave is rarely scheduled in advance.

"Business groups that are urging a veto of this common-sense and compassionate bill have also supported Governor Cuomo’s failed economic development strategy that is costing taxpayers billions and producing too few results," said Sen. Funke, the bill's sponsor. "The new bereavement amendment does not add any new costs to businesses."

Funke added: "Not all employees will take 12 weeks to grieve, but they will at least have the option of taking more time off, if necessary. What message would we be sending to employees if we told them they could have paid time off to take care of a sick child but no time off when that child dies?"

"You may think you’re okay one day and then weeks later find yourself unable to move, paralyzed by the profound heartache that has taken over your body and life. That pain never goes away. Never," said Funke, whose son Rich Jr. died in 2001.