The Best Banks And Credit Unions In Every State 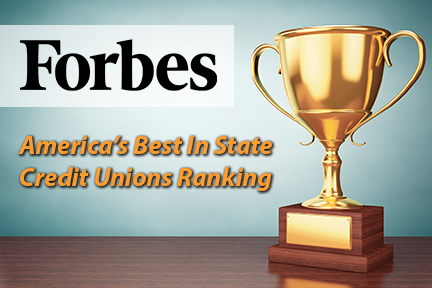 There were 18,000 commercial banks and savings institutions in the U.S. in the mid-1980s, but 35 years of massive consolidation and nearly 3,000 bank failures have cut the total by 70%. With the proliferation of online banks, it is even more important for local banks to demonstrate their advantages in regards to customer service, accessibility and financial advice.

With this in mind, Forbes partnered with market research firm Statista to produce our first-ever look at the Best-In-State Banks and Credit Unions. Instead of gauging the balance sheets and P&L statements as Forbes does for its ranking of the 100 largest banks published annually in January, Statista surveyed more than 25,000 customers in the U.S. for their opinions on their current and former banking relationships. The banks and credit unions were rated on overall recommendations and satisfaction, as well as five subdimensions (trust, terms and conditions, branch services, digital services and financial advice).

Nationwide financial institutions like Bank of America, Wells Fargo and Chase Bank, which have branches in at least 15 U.S. states, were excluded from the final rankings. Ten other national banks were not considered for that reason, including U.S. Bank, PNC Financial and Bank of the West (B of A, Wells and Chase all rated lower than most of the “small” banks). Navy Federal Credit Union (30 states) was the only credit union eliminated for its reach.

Final scores ranged from 40 to 95.4, with Connecticut’s Thomaston Savings Bank posting the top rating overall. Between one and five companies were awarded Best-In-State designation, based on the number of responses in each state.

In total, 124 banks and 145 credit unions made the final cut or 2.4% of U.S. financial institutions. Credit unions, which are member-owned financial cooperatives, outpace banks with an average score of 80 versus 75.2 for banks.

Despite a decade of rock-bottom interest rates on savings accounts, customers mostly give their banks and credit unions high marks, with a general satisfaction rating of 4.42 for credit unions and 4.24 for banks, on a scale of 1 to 5.

Credit unions benefit from their nonprofit status, which typically allows for higher interest rates on CDs and savings accounts, as well as lower rates on loans and credit cards. “Customers prefer credit unions because they themselves are the shareholders,” says Statista CEO Friedrich Schwandt. “This is somewhat in keeping with the motto ‘Small is beautiful.’”

The credit union with the top score overall is Louisiana-based Barksdale Federal Credit Union. It was created in the 1950s to service Barksdale Air Force Base in Bossier City. It now serves over 1,000 companies, associations and churches in the Bayou State and has 127,000 members. It moved into the East Texas market last year through a merger with the AMOCO East Texas Federal Credit Union.

Columbus, Ohio-based Huntington Bank, ranks among the top four banks in six states, including first in Indiana, Michigan and Wisconsin. The $104-billion-in-assets bank operates in eight states and scores best for financial advice and terms and conditions (i.e., transparent on fees and interest rates). Capital One is the only other bank or credit union to score highly in more than three states.

Bell Bank, based in Fargo, North Dakota, is the only bank besides Huntington to finish on top in at least two states. The privately owned firm with $4.7 billion in assets ranks first in both North Dakota and Minnesota. Consumers give Bell high grades for its digital services.

Bell creates goodwill in its communities through its unique “Pay It Forward” platform, where every full-time employee receives $1,000 to “give as they choose to people in need and causes they care about.” The bank is one of the original sponsors of the expansion Minnesota United soccer club, which started play in MLS last year.