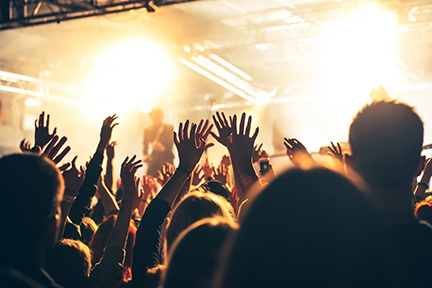 "We probably have the best lineup that we have had since maybe day one," Spiedie Fest Coordinator Dave Pessagno said in a news conference Wednesday afternoon.

Details for the 2018 Spiedie Fest, scheduled for Aug. 3 to 5, were announced in Otsiningo Park, site of the festival.

In addition to the musical lineup, Disney stars Peyton Meyer and Cameron Boyce are also scheduled to appear for meet-and-greets.

K9s in Flight Frisbee Dogs, a group of rescue dogs that perform tricks, will present a Frisbee show. The group performed about 12 years ago and will return for 10 shows throughout the weekend.

Favorites including the car show, craft fair, Kelly LaBare 5K and TasteNY tent will return for another year.

Known for the 1976 hit "Shake Your Booty," KC & the Sunshine Band will launch the Spiedie Fest at 7 p.m. Aug. 3. Like past years, Friday's concert will be sponsored by Visions Federal Credit Union and will be free.

"Girl Meets World" favorite Meyer will hold a meet-and-greet from 1 to 4 p.m. Aug. 4. That day will feature a lineup of country acts: Phil Vassar will take the stage at 4, and Steven Cali and Katelyn Clampett also will perform that evening.

On Sunday, "Descendants" star Boyce will hold a meet-and-greet from 1 to 4 p.m. Cheap Trick will cap off the weekend with a 4 p.m. concert.

Prior to Wednesday's news conference, Cheap Trick listed the Spiedie Fest among its list of tour dates.

The band's previous concert had been the highest attended in Spiedie Fest history until Martina McBride's performance sold 9,500 tickets in 2016.

This year marks the 34th year of the Spiedie Fest. A committee of about 40 organizers and about 800 volunteers will help make the event a reality.

Food vendor slots are currently filled, and there are only a few slots open for craft vendors.

For more information on becoming a craft, commercial, not-for-profit vendor or a food vendor, call 607-765-6604.